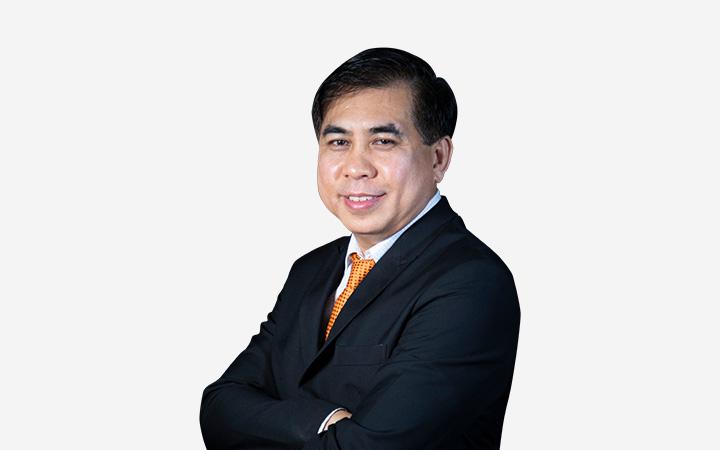 He joined Grand Royal Group International back in 2000. He started working as the personal assistant of the Chairman, U Aung Moe Kyaw. At that time Grand Royal Group International was just settling in the beverages industry. U Aung Kyaw Moe worked hard as the personal assistant, and with the support of Chairman U Aung Moe Kyaw and Managing Director U Aye Thaung, he became the group’s Purchasing Manager shortly after.

Although he didn’t have much experience for this important role, he was able to achieve success in a short time due to the chairman and members of director’s guidance and trust. He learned about local purchasing directly from Purchasing Director U Lwin Aung Aye. Then, got promoted to Procurement Manager in 2002. Grand Royal Group International’s success was influenced greatly by 2004 UEFA European Football Championship, so he worked with Marketing Director U Moe Than Chit and they successfully undertook all marketing activities, Grand Royal Group International’s Challenge Cup Football Competition.

He handled procuring management until 2006, then started working in the Supply Chain Department, in the company headquarter as he earned the chairman & directors’ trust. He handled Supply Chain Activities such as procuring, collecting, and distributing products all around Myanmar.

Due to Grand Royal Group International’s success in the industry, the company had a Total Supply Chain to handle Third Party Logistics & Supply Chain services. This was all lead by U Aung Kyaw Moe and also Managing Director U Moe Than Chit. In addition to working hard for the company, with the support of the company, he received an MBA in 2014. Now he’s the Head of Supply Chain, leading logistics & warehousing, procurement & he leads a planning team with confidence, full responsibility and accountability. He has been serving the company with loyalty and honesty for over 20 years and still counting on.

He has encountered many struggles in his journey to success. He believes he achieve his goals by following the sayings of Grand Royal Group International “Doing The Right Things In Your Life” program. He said he’s successful because he tries hard, strives for good, better and to be the best. Although he couldn’t reach some of his goals, his hard work and honesty has paid off in his life. He advises that it’s more important to choose your career well according to your talents and personality instead of following money. Another important thing is having leadership skills to lead your organization, and flexibility for you career and continuous learning.

We are proud to present to you U Aung Kyaw Moe, Chief Supply Chain Officer of Grand Royal Group International. A perfect example of someone who worked hard and did things right. 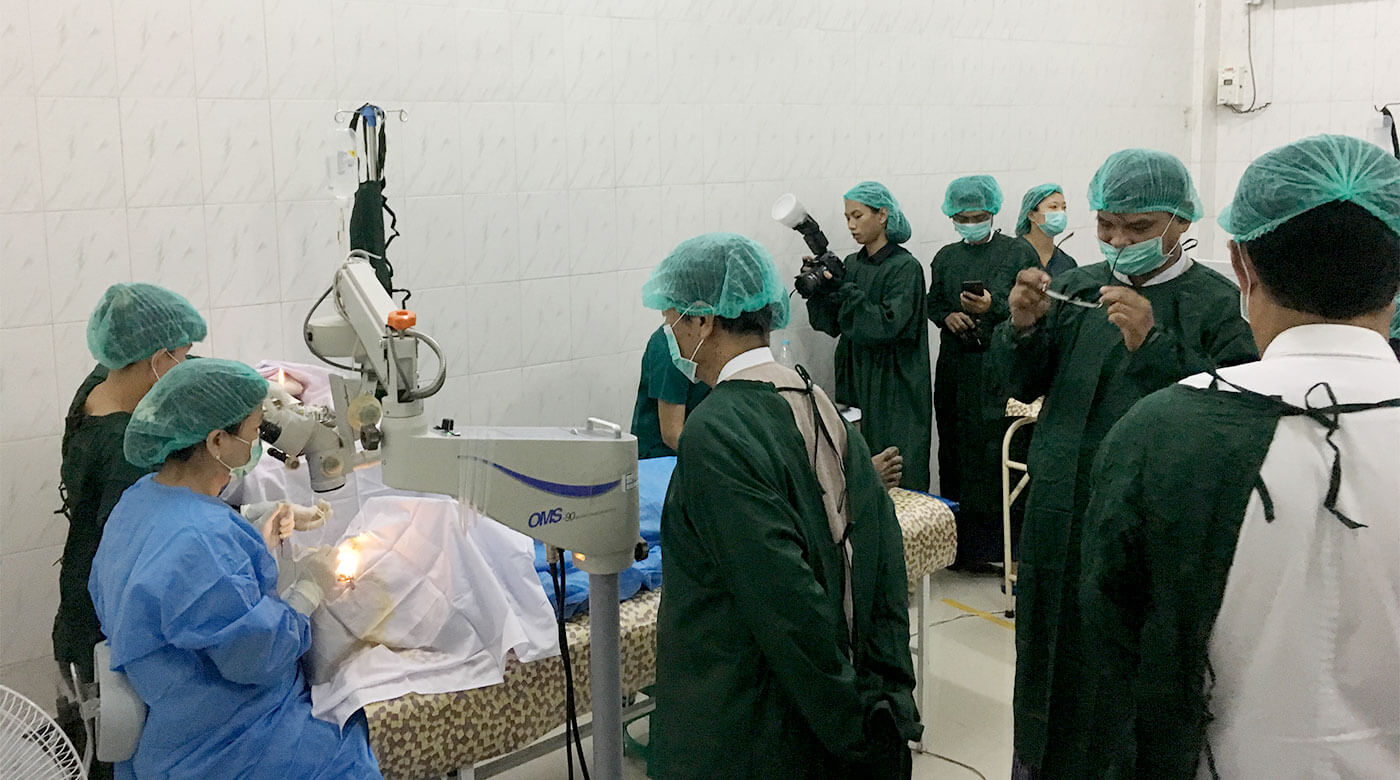 To celebrate the 100th anniversary of the Laputta Township, Grand Royal Group carried out its free eye treatment program at the township’s Ayarwaddy Division from May 8th-12th. The program was operated by the Union Ministry of Planning and Finance administration, in co-operation with the Union Ministry of Health and supervised by the Ayarwaddy Division.
The program treated 5464 patients that need eye treatments and eye surgeries.
Laputta Township Organization, the Red Cross, local authorities and other social welfare organizations all joined the eye treatment program. Grand Royal Group also donated the cost of transportation, room and board, medications, glasses and any surgical products needed by patients that came to receive treatments. The program has already eyes wears and medical treated about 4164 patients and major and minors operation patients were 311 people.
On 12th May of 2017, U Kyaw Win, The Union Minister of Planning and Finance and other authorities visited the Grand Royal Group Eye Treatment Donation Program at Laputta Township which celebrated from May 8th to May 12th 2017. The Minister gave a speech to support the program and encourage patients that came to get treatment. He also met with local businessmen and Laputta District authorities to discuss the development of the township.
At the meeting, U Aung Moe Kyaw, Chairman of Grand Royal Group gave a thankful speech and shared Grand Royal Group’s commitment and the motto they follow “Be A Good Corporate Citizen” and contribute to support to society. 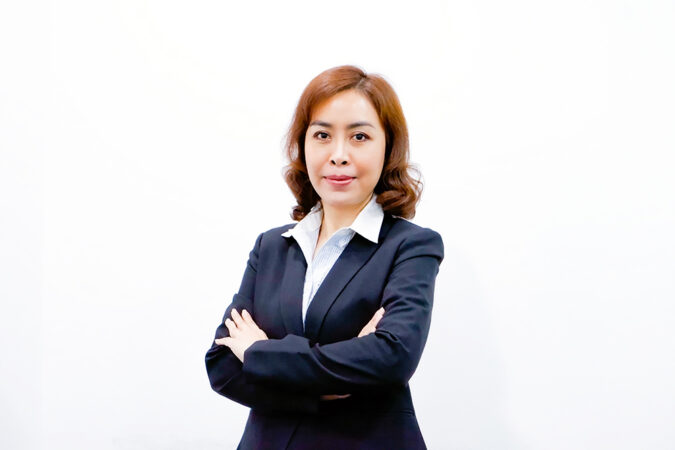 It has been 16 years that I joined GRGI since February 2005. When I first joined, as a Computer Programmer for Point of Sales System Implementation, MIS Department had not been established yet and therefore third-party IT team was hired to get IT support. We had to rely on  internet emails only back then. Eventually, MIS Department was founded in 2006 and I feel so accomplished every time I reminisce those days I was involved in the setup of the infrastructure of Head Office and then extended to branch offices and factory of GRGI, rolling out intranet settings to connect among the offices.

After having stabilized the infrastructures, under the guidance of Management Team, I started to develop user friendly ERP system application replacing manual operations with new technology for respective departments, followed by the development of DMS System for the joint business partners. I also took charge of the implementation of business intelligence to analyze and prepare Management Dashboard Report, so that we could track our business progress anytime, anywhere with the use of any device. During those times of manual operations, GRGI was trying to keep abreast with the modern technologies and striving for digital transformation encountering several challenges and difficulties. Firstly, the challenge of the change management: resistance of traditional mindsets to change into modern transformation of digital platforms.

And then, we face a lot of struggles when implementing systems/applications and digital platform with limited resources as Myanmar was one of the developing countries. Moreover, we had to customize the system implementation in compliance with the international best practices as well as the localization to harmonize the processes of our country and company. We managed to overcome setbacks, thanks to the guidance and support of our management team along with the cooperation of internal and external stakeholders even during the time of limited resources.

I always stay vigilant for the rapidly changing technology for GRGI and always think of the advanced ways and means as best as I can. Within allocated budget, resources, and timeline, my team and I have made commitments and get the job completed in timely and efficient manners. We have also built a good and long-term relationship with all colleagues, vendors, and business partners regardless of their positions and gender. And I am very proud to be one of the few female leaders in IT field of Myanmar. I, myself do believe and embrace the core values set by management team, as well. The reason why I have been with GRGI so long is that GRGI always tries to focus and stay alert on digital transformation and encourage to implement the updated digitization, with full of challenges leading to learning opportunities.

Digital transformation makes the business smoother than ever, and I have also witnessed it can enhance the self-development, so I have been working with GRGI for quite a long time. Finally, I do appreciate and feel grateful towards the management team for the opportunities provided for my continuous career development.

“I joined Grand Royal Group as Junior Accountant and try my best to become a Senior Accountant step by step. Now it has been 9 years since I joined this organization. At first, I realized that it seemed different from what I had learned to how it’s applied in real life as an accountant. I work hard, try my best and take my supervisor’s guidance.”

This was my first job and it has become more systematic because I now use the new ERP system. Thanks to the company training and support throughout my career, I now have become an important part in this organization. I complete my tasks and responsibilities regularly, I comply with my supervisors guidance and give my role all my best efforts, that’s why I received Best Employee Award for 2014-2015.

Every year when it’s time for the company to make salary adjustments, I get a raise. Also, I was awarded a gold medal for my long term service. Not only do I keep learning to develop my skills and knowledge, but I also support and contribute what I learned with my colleagues. I will keep trying, choosing and doing the right thing, not only for myself but also for my organization.”