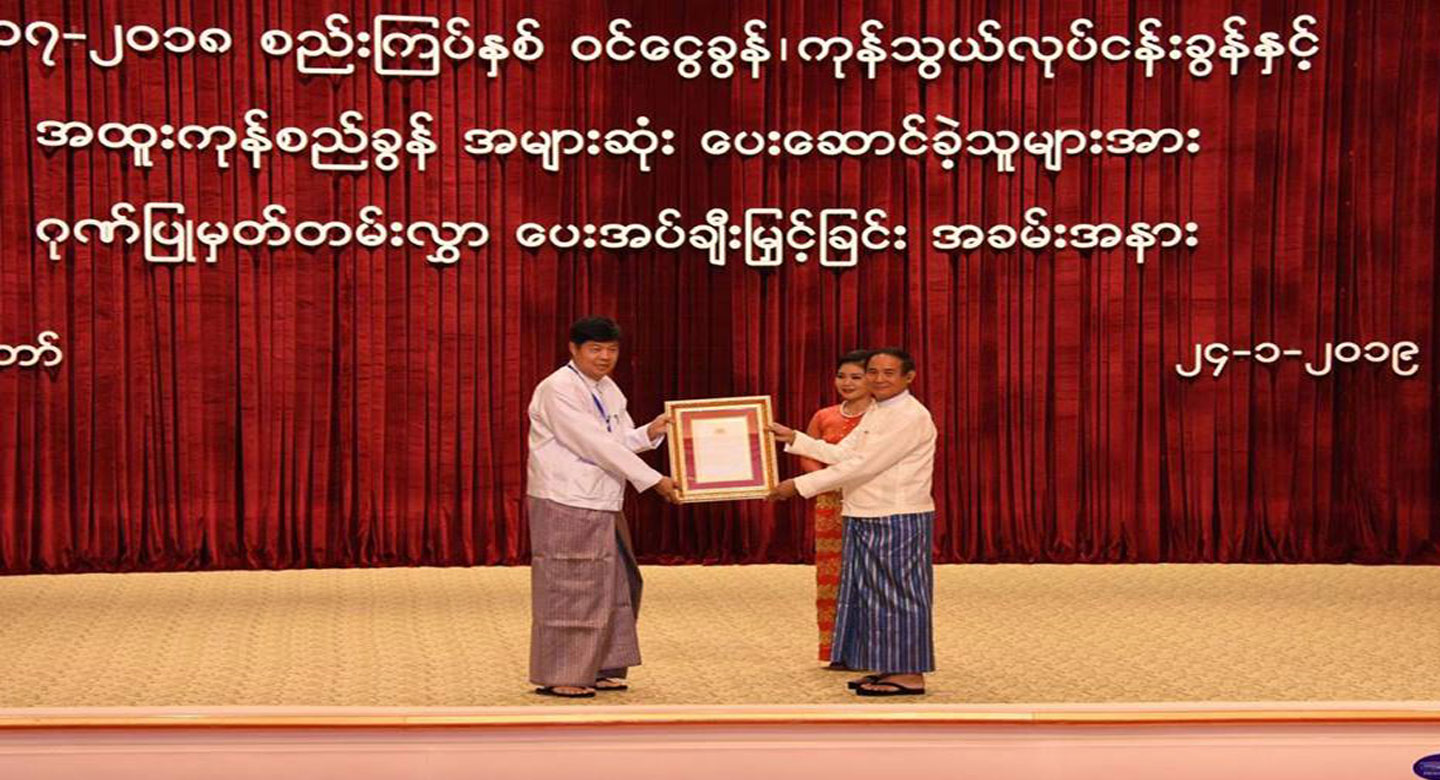 A ceremony of awarding both honorary awards and certificates to the highest taxpayers for 2017– 2018 assessment year was held at the Presidential Palace in Naypyitaw. President of Union of Myanmar, U Win Myint conferred awards on individuals with outstanding payments for income tax, commercial tax and special goods tax. U Aung Moe Kyaw, Co-Chairman of Grand Royal Group and Daw Mya Pwint Phyu, Executive to Chairman were accepted awards in this ceremony.

Our Myanmar Distillery Co., Ltd, the member of Grand Royal Group was honored by president with the following awards.

Grand Royal Group is very proud to be recognized every Assessment Year as places No 1 to 5 the highest taxpayer by the state in Myanmar and to be responsible as per our Grand Royal Group motto to ‘Being A Good Corporate Citizen’. Photo credit: Myanmar President Office, Irrawaddy Burmese Edition